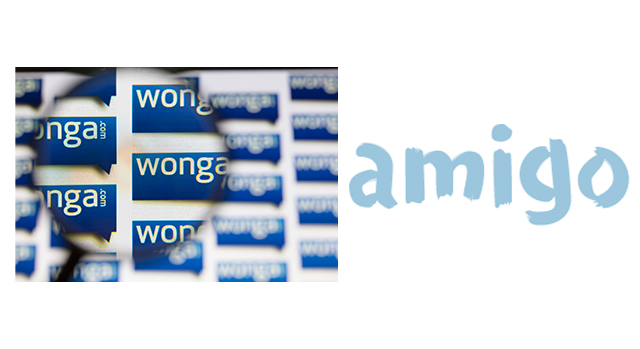 Will Amigo Be The New Wonga?

By Sheryl Armer12th February 2021No Comments

Back in August 2018, payday lender Wonga announced that it had been forced into administration. The news brought tears to nobody’s eyes. It did, however, raise a lot of questions about the behaviour of the government and the regulators. Could Amigo turn into a case of history repeating itself?

A tale of two payday lenders

Amigo targets much the same market as Wonga. Its approach, however, has been slightly different. Unlike Wonga, it requested a guarantor for the loans it granted. Technically, this should have made its business safer. In practice, it has been falling into the same trap as Wonga. At present, it’s a very open question of whether or not it will end up with the same result.

The issue of unaffordable loans

Both Wonga and Amigo were under an obligation to make sure that they only lent to people who could genuinely afford to pay back their loans. Wonga failed spectacularly at this. Eventually, the complaints began to roll in, along with the requests for compensation. Wonga found itself being the one unable to pay its debts and ultimately went out of business.

Fast forward to 2021 and the situation with Amigo looks remarkably similar. Admittedly, like all lenders, it will probably have been impacted by COVID19. It cannot, however, blame the pandemic for all its problems.

Unlike Wonga, Amigo is still in business, for now. It is currently working on a “scheme of arrangement” to resolve its predicament. While this is still being finalized, the FAQ section of its website does not make for reassuring reading for unsecured creditors like borrowers with complaints. It does, however, raise questions about both the regulators and the government.

A tale of two regulators

As with Wonga, Amigo’s troubles started when unhappy customers made complaints to the Financial Ombudsman Service. This is the regulator which adjudicates on complaints between customers and businesses. With complaints piling up and COVID19 wreaking financial havoc, the Financial Conduct Authority began to take an interest in the company.

This immediately raises the question of why the FCA took so long to act. It may not have the resources or the inclination to monitor every financial-services company both proactively and closely. It should, however, be clearly aware of the highest-risk sectors of the financial services industry and should ensure that they get the attention they need.

High-interest, short-term loans, by their very nature are hugely risky and are targeted at people on the financial edge. What’s more, they are excluded from the Financial Services Compensation Scheme (FSCS). This means that if they go bust, borrowers can end up with only a fraction of the compensation they are due.

The FCA, therefore, should be doing everything in its power to stop these companies from getting into a position where they are in clear danger of going bankrupt. If its powers are insufficient, then it should be requesting the government to extend them.

What is the FCA doing?

According to the investor FAQ section on the Amigo website, the FCA is working with Amigo to find a solution which will allow the company to continue to trade. Amigo needs to submit its proposed scheme of arrangement to the FCA for approval before it can put it to a court and its creditors.

The FCA may see this as achieving a better outcome than would be possible if Amigo went into administration. They may be right. That does not, however, excuse their failure to prevent borrowers from being put in this situation in the first place.

Do You Need A Debt-Management Plan?